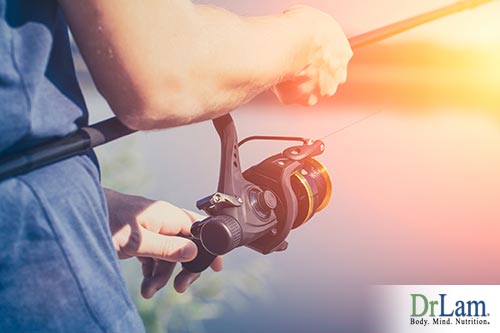 There is no scientific evidence that stands behind the old saying “age ain’t nothing but a number”. Up until now, there were certain conditions that were generally associated with the aging process. Wrinkles, gray hair,

There is no scientific evidence that stands behind the old saying “age ain’t nothing but a number”. Up until now, there were certain conditions that were generally associated with the aging process. Wrinkles, gray hair, diabetes, heart disease, inflammation, and joint pain just come with aging and are written off as such. No one thought much of it; they just assumed with age comes deterioration of the body and cells, and it was something they just had to live with.

Fortunately, that is no longer true. With the help of modern technology, tremendous research and brilliant doctors and scientists, people are now able to live longer, live wiser, and live more comfortable lives.

We now know that there are two ages to account for: a biological age and a chronological age. Medical Daily refers to “Chronological age as the actual time a human has been alive, while biological age refers to how old that human seems.” Experts in the field use telomeres to calculate the difference in age. Telomeres are the tips of the chromosomes that work to protect our DNA, keep the ends from deteriorating or infusing with other chromosomes. This affects how quickly a cell ages and dies.

Researchers have found a direct correlation between biological age and telomere length. The larger your chronological age, the shorter the total length of your telomeres. Those with shorter telomeres are more likely to experience an early death or develop illnesses – such as heart disease or neurological disorders.

Maintaining a healthy lifestyle (including a healthy diet and regular exercise) may also maintain telomere length. Unfortunately, the majority of people have no idea of the length of their telomeres, nor do they have means to go about finding out. Thankfully, there are obvious biomarkers – things such as gray hair and lack of skin elasticity.

A Precursor to Heart Disease

The body is amazing. If we listen closely, it truly gives us all the answers we need for our health and wellness. There are signs the body gives us inside and out, that allow us to take preventative measures before disaster strikes, but we must be informed and knowledgeable of what to look for. It truly is a gift that so much information is available right at our fingertips and free for our learning and betterment.

Research through the European Society of Cardiology has given us more new knowledge on health. They have discovered that there are precursors to heart disease, independent of age or risk factors and they reside in the gray hair on a person’s head.

While they have not solidified a cause and effect relationship, there is enough evidence to suggest gray hair is indeed a predictor of heart problems. Specifically, they stated, “our findings suggest that irrespective of chronological age, graying indicates biological age and could be a warning sign of increased cardiovascular risk”.

The presence of gray does not signify that one will have a heart attack tomorrow or anytime in the near future, only that there is an increased risk for coronary artery disease.

The Study of Gray Hair Linked to Heart Disease

The aforementioned study conducted by the European Society of Cardiology consisted of 545 men who were tested for heart disease. They were then divided into subgroups based on the results of that test and the amount of white or gray hair they had. The gray hair was assessed on a scale of 1-5, 1 being no gray, and 5 being pure white.

The research was found that individuals who scored a 3 or higher were associated with an increased risk of heart disease independent of age or other factors of risk such as smoking, obesity, and alcohol consumption.

The study concluded that even men with partially gray hair were at a higher risk. In summary, those who already had heart disease received heightened scores of white hair.

What is Heart Disease?

Heart disease includes a wide variety of problems, many of which are associated with the process of atherosclerosis, the hardening of the artery walls due to plaque buildup. As the plaque builds up, the blood flow is restricted and clots can form – stopping the flow altogether and causing a heart attack or stroke.

Heart failure (also called congestive heart failure) means the heart isn’t pumping blood as well as it should. Arrhythmia is the abnormal rhythm of the heart. The heart can beat too slow, too fast or irregularly. When the heart beats less than 60 beats per minute it is called bradycardia. When the heart beats more than 100 beats per minute it is called tachycardia. Yes, genetics can play role in overall health and wellness, however, having too much stress for too long can be a primary cause of heart problems view details.

Stress raises the blood pressure and results in excess stress-induced hormones and inflammatory cytokines. The cytokines over activate the immune system, leading to autoimmune disease and chronic diseases such as atherosclerosis and depression.

Studies have also linked stress to changes in the way blood clots, making heart attacks and strokes more likely. All these forms of cardiovascular disease can now be correlated with gray hair, and can soon be detectable and preventable when found early on in the illness.

Stress has been considered the silent killer for many years and linked to more body malfunctions than most know, including hair graying. Scientific Magazine has reported that stress hormones produced by cells in the hair follicle could produce inflammation that enables the production of free radicals which could in turn influence melanin production or induce bleaching of melanin.

The magazine also states dermatologist, Dana Farber, of Harvard Cancer Center in Boston has found evidence that stress hormones also mediate the signals instructing the pigment to be delivered to your hair. Thus, more and more research is conclusive of how damaging stress is to the body, and how interrelated it is with gray hair and heart disease.

The ability to handle stress is a key to survival and pertinent to our health. The body has a built-in mechanism to deal with stress; it has its very own personal control center called the adrenal glands. When these glands become exhausted, fatigue sets in, leading to a condition known as Adrenal Fatigue Syndrome (AFS).

AFS is one of the most prevalent of stress-induced conditions, with most people experiencing it at one point or another in their lives. Symptoms such as difficulty concentrating, insomnia, inability to lose weight, feeling anxious, allergies, or brain fog are just a few stress caused symptoms that stem from the adrenals. There are many more nonspecific and debilitating symptoms related to this condition.

Adrenal fatigue is also connected to heart health and the body’s ability to control blood pressure and fluid retention. Stress increases the release of aldosterone, the main mineralocorticoid hormone secreted by the adrenal gland. Aldosterone regulates electrolyte and water balance by retaining sodium and water, and then excreting potassium, leading to high blood pressure.

Potassium and magnesium are both lost in the early stages of adrenal fatigue, and when the body lacks sufficient amounts of magnesium, cardiac arrhythmias and other symptoms may arise.

A better approach is to consider our body’s entire stress response from a NeuroEndoMetabolic (NEM) perspective, involving multiple organs such as the thyroid, adrenals, heart, autonomic nervous system, brain, and the GI tract. They are all called into action to help in the body’s anti-stress response when needed. This is a large series of systems, pathways and chemical reactions all working together to combat stress when it is presented.

Stress in itself is enough to shut down the entire body and can, over time, lead to debilitation, chronic illness, and even death. The cardiotoxic circuit, in particular, can have an effect on your heart health. The heart, central nervous system (CNS), and autonomic nervous system (ANS) interplay with each other during times of stress. If the stress is prolonged, neurotransmitters along with your heart may become dysfunctional.

Back To Top
Close