Global energy giant Acciona Energy has been chosen to convert 1,250 hectares of underutilized state-owned land at Aldoga into a solar energy project.

The project is expected to produce hundreds of jobs and deliver long-term benefits to the community.

Cameron Dick, Minister for State Development, Manufacturing, Infrastructure, and Planning, said that the signing of the Agreement for Lease is an indication of a project to generate renewable energy while boosting the local economy. 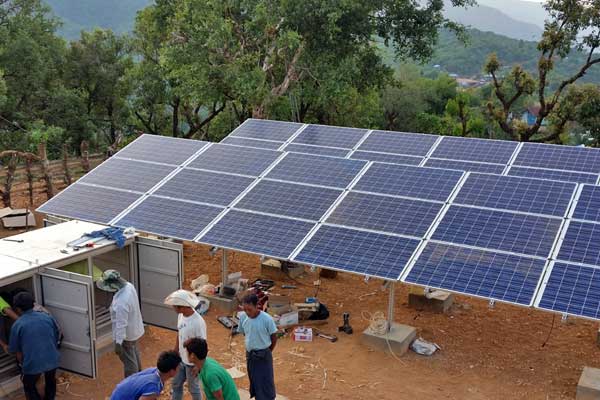 “Acciona Energy will develop, finance, construct and operate a $ 500 million solar farm through a 30-year lease with the Queensland Government and they are committed to Buy Queensland and Gladstone Buy Local procurement strategies,” Dick said.

“At maximum capacity, up to 265 megawatts (AC), will deliver the equivalent amount of energy needed to supply up to 122,000 households, which is around five times the number of households in Gladstone.

“This invaluable project will support up to 240construction jobs and 10 ongoing jobs, and better yet, the company will adopt Buy Queensland and Gladstone Buy Local procurement policies, giving preference to local sub-contractors and manufacturers,” said Dick.

“As part of the lease agreements, Acciona Energy will also establish a community benefits fund of between $50,000 to $120,000 per year, representing between $1.5 million to $3.6 million over the 30-year lease, to be provided to local clubs, associations and community groups in the region.

“Combined with the renewable energy that will be generated, and the lease payments that will be made to the State, this project represents a major boost to the local community – economically, environmentally and socially.”

The news on the Aldoga off grid solar systems kits plant was welcomed by energy minister Anthony Lynham. The solar plant will be connected to the grid via Powerlink’s Larcom Creek substation.

“This is another project to join Queensland’s renewable energy pipeline of jobs and investment,” said Lynham.